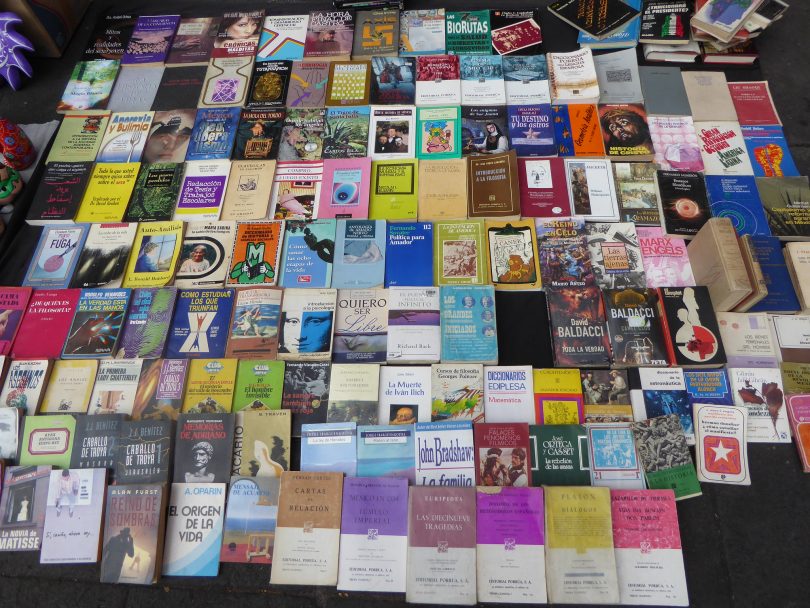 Few realize that, even in the year 1492 itself, Columbus’s voyages formed only one part of a larger system of pivotal events—events that ultimately bolstered Spain’s colonization, unification, and building of empire. The year opened with the fall of the Nasrid Kingdom of Granada—the final defeat of long-held Muslim rule in Spain. Just two months later, tens of thousands of Jews were formally expelled from Spain, following centuries of persecution and forced conversions in the name of “blood purity.” Conquest, expulsion, and colonization; these three events coincided with a seemingly harmless, yet no less major, event: the publication of a book.

Though not as obviously violent as other events from the year, this particular publication substantially strengthened an emerging—and later crucial—aspect of Spanish empire: the building of Spanish identity by prioritizing “correct” Spanish over a longstanding culture of multilingualism. Humanist Antonio de Nebrija’s 1492 Gramática de la lengua castellana (Grammar of the Castilian language) was the first Spanish grammar. In dedicating the book to Spain’s Queen Isabella I, Nebrija wrote provocatively: “Siempre la lengua fue compañera del imperio”; that is, language has always been a companion of empire.

Intending to codify and elevate Spanish above other languages, Nebrija’s grammar played an outsize role in a new nationalist project, one dangerously alive even today: determining who is Spanish and who isn’t. In the centuries that followed (including nearly all 400 years of the Spanish Inquisition, not to mention the colonization of the Americas and the consolidation of power and empire), policing the borders of the Spanish language was a tool of religious and racial discrimination.

Yet the Spanish language is not inherently imperial, nor has Spanish failed to accommodate and welcome new ways of talking and being. This is true in literary terms—as demonstrated in Janet Hendrickson’s new translation of Sebastián de Covarrubias Horozco’s 1611 dictionary, Treasure of the Castilian or Spanish Language—as well as in social terms, as revealed in Nicholas R. Jones’s new study of “Africanized Castilian” language, Staging ‘Habla de Negros’.

Together, both new books show how Spanish culture maintained persistent pockets of resistance in the forms of hybridity, contradictions, and plurality. And both books beautifully attest that much of this ongoing resistance can be found in language, precisely the language that Nebrija first aimed—and, as these books show, failed—to codify, solidify, standardize, and control in 1492. The two books also underscore the ongoing relevance of early modern studies for contemporary culture, providing illuminating historical underpinnings to contemporary debates about the relationships between immigration, language diversity, and national identity.

Over a century after the imperial events of 1492, an enormous monolingual Spanish dictionary was published, which has now been excerpted and translated into English for the first time, by Hendrickson. Covarrubias’s Treasure of the Castilian or Spanish Language was a new kind of book, one whose function was stunningly unlike Nebrija’s grammar.

Although, on the surface, a dictionary relies on definition and containment, Covarrubias’s volume compels modern readers because of its ongoing contradictions and inconsistencies. Indeed, Hendrickson describes Covarrubias as “profuse,” “digressive,” “funny,” “personable,” and “diaristic.” In fact, Hendrickson explains, “I was distracted from the dictionary’s instrumental function by its seemingly unregulated beauty.”

Hendrickson’s volume is powerful because of the way it brings Covarrubias’s dictionary to new audiences: both through its approach to translation as a practice, and through its celebration of the dictionary as a poetic form. Her work ensures that the book can be accessed by readers without prior knowledge of Spanish or early modern culture.

The translation process is unconventional throughout: “This translation erases the greater portion of the Treasure,” explains Hendrickson. “I translated entries, or rather, fragments of entries, that I found of interest, with an eye toward shaping the strange, fabulous histories within the dictionary into a poetic whole. Sometimes I translated stray sentences within entries, sometimes isolated phrases in those sentences, translation and erasure becoming twin procedures. My rule was to follow the order of the original text.” The result of this translation practice is a slim “poetry pamphlet,” which feels all at once historical, ahistorical, and deeply resonant.

Consider Hendrickson’s translation of the entry for estrella (star): “If you find yourself in the depths of a very deep well, where the light does not reach, you will be able to see the stars from that darkness, though it is day, because the sun’s rays there do not hinder them.” This sentence is a nearly direct citation of Covarrubias’s concluding lines from the dictionary entry, and Hendrickson’s version showcases the author’s ability to pull in the reader.

And yet, the full definition from the Spanish original also includes a longer history of astronomy, alternate uses of the word as a verb (estrellarse), as well as colloquial expressions such as this one: “Contar las estrellas: no porque ellas no tenga número, pero es tan grande que no le podemos alcanzar, como las arenas de la mar y las hojas de los árboles.”1

Hendrickson regularly reminds readers that her intention is not full replication, but rather direct engagement with language as process. “Covarrubias’s refusal to insist on a single origin for Spanish—and moreover, his refusal to equate value with originality—might be instructive for decentering the idea of originality in translation, and, more generally, multiplying the kinds of writing we now call creative. Both translation and lexicography are forms of collaborative writing; both put words in other words.” In this way, this 2019 edition expands and abbreviates the dictionary, forcing readers to engage deeply with the processes of defining language as well as linguistic and contextual variations across time and space.

I was first, lovingly, introduced to Covarrubias’s work by way of another name: “Cave of Rubies.” This nickname stuck, both as hint to the author’s name and as reference to a metaphor from the prologue concerning the usefulness of dictionaries.

I use the “Cave of Rubies” moniker in homage each year with my students. I know that each time I consult one of the 1,500 pages in the volume, I will most certainly stumble into new territory, pulled in by lexicography, early modern usage, and the labyrinth of contradictory definitions. One of my longstanding favorites as an introduction to early modern gender politics: see the contrasting length of definitions offered for hombre (man), nearly a page and a half, and mujer (woman), only a couple of sentences. Our nickname for the work conveys the book’s immensity; now, thankfully, Hendrickson’s translation carries Covarrubias’s treasures to new readers.

For the same spirit of language plurality, we can turn to Nicholas R. Jones’s Staging ‘Habla de Negros’: Radical Performances of the African Diaspora in Early Modern Spain. Examining a collection of dramatic and literary texts—produced in Spain from the 1500s through the 1700s—Jones demonstrates the significance of “the composition and performance of Africanized Castilian—commonly referred to as habla de negros.” Although the examples of these “alternate” forms of Castilian were primarily written by white authors, Jones argues that these “texts do, in fact, render legible the voices and experiences of black Africans in fundamental ways that demand our attention.”

This kind of innovative comparative work makes space for dramatic resistance and plurality in our telling of imperial histories. Moreover, these voices (crafted by early modern playwrights, including Lope de Rueda and Calderón de la Barca, as well as poets, including Rodrigo de Reinosa) express a broad range of experiences. Closely examining these voices individually, collectively, and across literary genres, Jones argues, will better allow scholars to attend to the varied social, cultural, and political changes wrought by the project of empire building and its impact on “specific African ethnic homelands to slave communities in the colonial Americas and Europe.”

Jones also highlights the connections between habla de negros and other early modern languages, especially those of other marginalized communities. These include, for example, the aljamiado narratives produced in Spain—manuscripts that used Arabic or Hebrew alphabets to render languages including mozarabic and ladino. He also draws attention to the languages of Roma people and rustic Leonese sayagués (spoken most famously by Don Quixote’s Sancho Panza). In this way, Jones’s book makes a strong case for the vibrancy and variety of multilingualism across various racial and ethnic communities in early modern studies.

Language use as, primarily, an expression of power relations is a key tenet of Jones’s book project: “Like any ‘standard’ language, the staging of habla de negros represents a transmission of orders, an exercise of power, and resistance to larger hegemonic power structures.” In the volume’s overview of literary texts and performances, Jones effectively creates space for contemporary readers to examine the presence and production of varied language forms in distinct political, economic, and social contexts. Through surveys of both literary and dramatic texts, the book highlights the dynamic role of language choice for these historical actors, real and imagined, and demonstrates the ways these roles evolve over time.

The particular case of habla de negros, argues Jones, represents linguistic Blackness: “a tetralinguistic model that encompasses the vernacular, the material, and that which is territorial. Coming out of the mouths of slaves, habla de negros is the language variant from the Castilian ‘norm’ that fills a certain function for one material that cannot be filled by that ‘normal’ Castilian standard.”

Once again, habla de negros provides evidence for ongoing vibrancy and resistance in the face of imperial standardization. We are forced to grapple with the ways that language determines identity, the ways language is used to describe ourselves and the places we call home.

Certainly, the contemporary resonance of these two recent publications is extremely compelling, in a political moment that asks for deep engagement with the relationships between nationalism, immigration, unification, and the determination of individual and collective identities.

Studying the habla de negros actively dispels the dangerous myth of language purity, while Treasure reminds us how all-encompassing projects of language can be universal without being imperial. The latter might even prompt us to examine our own dictionaries and consider how and why words are added and modified to reflect usage, and who makes these decisions.2

In a US context, consider the recent history of English-only movements in relation to how nationalism is practiced and to historical echoes of Nebrija’s 1492 empire-building grammar. Educational settings today would also benefit from historical thinking concerning the differences between concepts such as language diversity, linguistic tolerance, and the standardization of language.

I am a Spanish professor at an elite liberal arts college. Our department regularly offers courses in language for heritage speakers, recognizing the unique demands of students who come to the classroom highly proficient in familial language use and looking to professionalize their writing or speech. And yet I struggle with the politics of these ongoing corrections, myself a heritage speaker of the language.

As a Mexican American Jewish person raised in Los Angeles, I now spend the majority of my time conversing about early modern Spanish literature with my students in Maine. I have spent more time in archives in Spain than I have with the three generations of my family in Mexico City; in both Mexico and Spain, I find my Spanish is always from somewhere else. I will continue to pore over historical and contemporary dictionaries and grammar with my students with pleasure. But I also take time to recognize the pluralities of their Spanish and Spanglish, helping them to build the resources to know and celebrate the variety of their language experiences and expressions.

This article was commissioned by Bécquer Seguín.

This article was picked from publicbooks.org. We handpick interesting, engaging and informative content that we think you will enjoy!

A giant mammoth graveyard was just discovered outside Mexico City 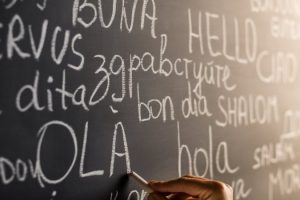 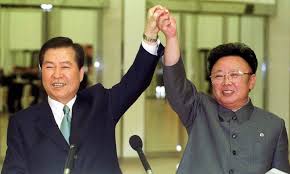 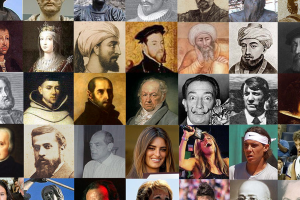 10 Dazzling Facts You Didn’t Know About The Spanish Language 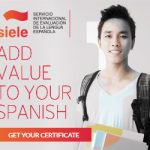 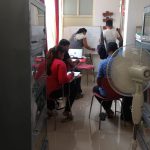 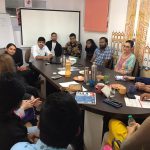 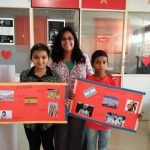 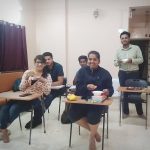