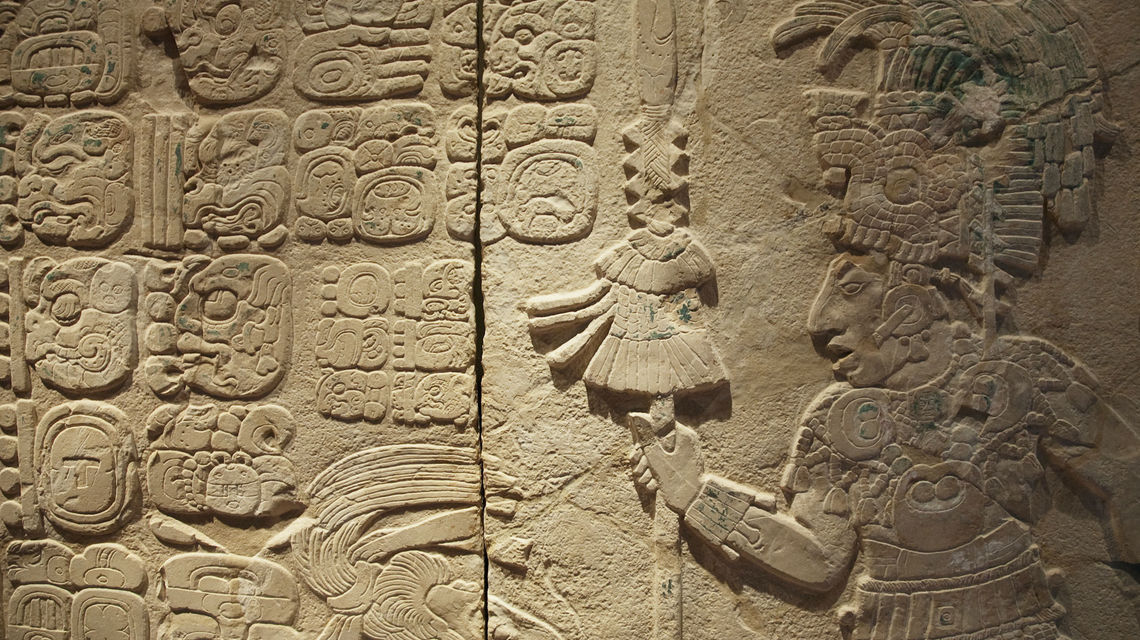 Imagine finding out you’ve been living on the ruins of what was once a powerful ancient city. That happened.

The Mayan kingdom of Sak Tz’i’ was thought to be forever lost somewhere in Mexico—until it surfaced in the backyard of a cattle rancher. It surfaced unexpectedly when a grad student on a dig was waved over by a roadside carnitas vendor who wanted to show him an ancient tablet. Now Brandeis University associate professor of anthropology Charles Golden and his research team have unearthed what they believe was the capital of Sak Tz’i’.

An Atlantis of the Mayan empire, Sak Tz’i’ (which means “white dog” for some unknown reason) was rumored to exist and even referenced on inscriptions found on other ruins the ancient Maya left behind. It is thought to have been settled around 750 B.C. and stayed standing for more than a thousand years. Buried there were monuments along with the ruins of a 45-foot pyramid, a ball court, sculptures, a marketplace, and a royal palace.

There was one monument that was especially supernatural. Its inscriptions (like the one in the tweet above) described a water serpent from Mayan mythology and a dance to summon the rain god, along with records of battles and rituals. This is definitely not what you’d expect to find in anyone’s backyard.

Though Sak Tz’i’ was nowhere near as powerful as more famous Mayan kingdoms such as Chichen Itza and Palenque, it can still reveal things we never knew about Mayan culture. Golden That court was used for ceremonial ball games in which the players would use their hips and shoulders to bounce a heavy rubber ball back and forth. Plaza Muk’ul Ton was the city center where people gathered for religious, political and recreational purposes. The royal family lived and were possibly buried there.

Sak Tz’i’ could also tell us how lesser Maya kingdoms put up with those that were more powerful. Sculptures like the tablet found by the vendor tell mythological stories, such as a legendary flood, and keep records of actual battles and the births, lives, and deaths of kings such as K’ab Kante’. Also inscribed in the stone were their beliefs that kings could merge with or even transform into gods.

Hey, if you can find a medieval toilet under a museum, you never know what you’re walking on.

This article was republished from syfy.com. We handpick interesting, engaging and informative content that we think you will enjoy!

Did a Seventh-Century Warrior Queen Build the Maya’s Longest Road?

This Too Shall Pass: How Spanish Artist Escif’s Meditating Woman Lit Up Valencia

Oldest and Largest Structure from Maya Civilization Found in Mexico 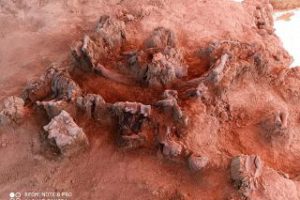 A giant mammoth graveyard was just discovered outside Mexico City 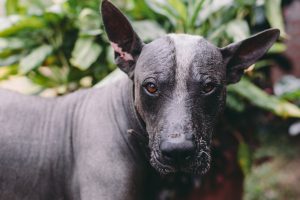 Xoloitzcuintli: The Mexican Hairless Dog, Ancient Guide to the Underworld